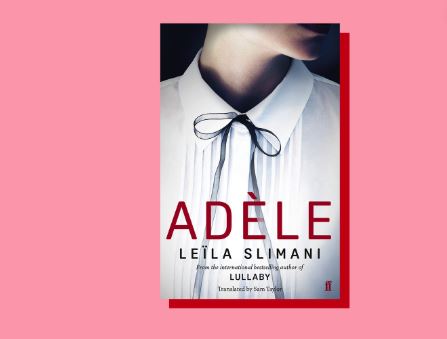 I found this book a page-turner, as I didn’t stop until the last page! And, I finished it very quickly!
Leila Slimani doesn’t judge Adele, she just tells her story in such details…
The story of women all over the world, but portrayed in an exclusively and strongly sexual angle.
How many women I know who needed to go about their compulsion and desires in private – lest it does not match with their good mom and wife image that they have to keep up?
I just recently met an old friend, a woman who has 3 kids, torn between focusing on her need for creative expression and the limited time to do so when she has to take care of her 3 kids, and how sad she was about the pushback from her family that urged her to prioritize her kids above all, first and foremost. I’m sure her struggle is way, way more common than is realized by the world, who refused to see that moms are just normal human beings with needs and wants that could seem so urgent too, almost like a baby.
It takes a badass to be a mother and even though Adele is really a particularly bad case, but the struggle in the world that it tries to portray (albeit too extremely) remains: a woman is severely judged, faced with consequences, when she seems to have desires and compulsion unbecoming of her status of wife and mother, that she simply has to do it in secret or be in constant negotiation. Adele doesn’t negotiate, though. She leads a double life willingly, recklessly. And in the book, she had to pay dearly for that. An apt metaphor for a life of some women in the world. Never forget.